In about 1999, in furtherance to the building of Sherwood Business Park, the development company decided to landscape the field(s) (click link) that abutted between the footpath leading from near the Doctors surgery on Forest Road to Sherwood business park, up to Little Oak Plantation.

This work involved removing and storing much of the clay subsoils from the Industrial site during its construction, the provision of a sound barrier in the form of a heightened walkway (not very effective) and the setting of 1000’s of conifers.

Over the following years, through water logging and neglect, many of the trees died and the whole area became overgrown. Following pressure by Ashfield District Councillor Tony Theaker and some of the local community, Ashfield District Council, took over ownership of this area but despite management plans (Click link) being formulated nothing was undertaken to ensure that this downturn was reversed.

Following many complaints about its condition, in 2016, ACCESS approached the Council, who stated that finances prevented them from carrying out any vast improvements but thought that this would be an invaluable area to be developed for and by the local community.

With this in mind, a meeting was called, following which, it was decided that a volunteers group would be established. A constitution was formulated in conjunction with ADC, advertised, committee members organised, and working parties set up. It was thought, by many, that this might provide an outdoor nature area for the children of the Primary school. Mrs Dawn Roberts, Head, was an enthusiastic supporter and indeed one of the committee.

The group firstly spent many days removing the plastic tree guards, which had initially protected the young trees, but were now strangling and restricting them. Over about 1 year, 2500 guards were removed and transported away from site. 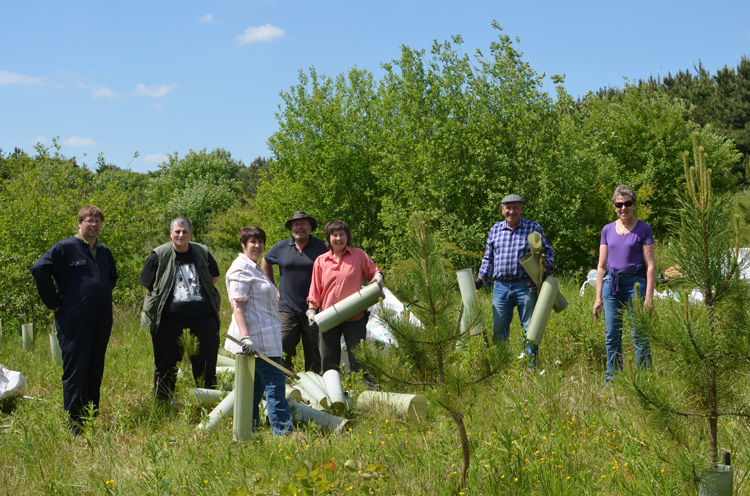 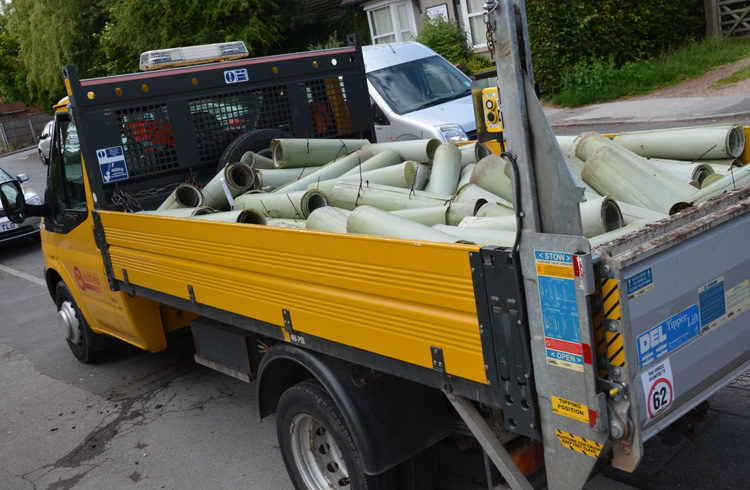 What started with enthusiasm within the committee was somewhat dimmed by personal circumstances which fell on them. Personally speaking I tried to support my wife in providing end-of-life care to her uncle over many months, as well as supporting my own family members who had health problems. I also know that the majority of committee members either suffered serious health problems themselves or family members did. My wife and I moved out of the area for nearly 9 months, whilst renovations were carried out to our house. Unfortunately, no sooner had we returned then Coronavirus struck the world with its restrictions.   My friend, Kevan, who did all the programming behind the old ACCESS site also died unexpectedly through Kidney failure and with his loss, I lost the ACCESS website, which I am now trying, being self taught, to build back up.

As Chair of the group, I must apologise for the lack of communications during these difficult times. I have spoken to the majority of the old stalwarts of the group and the word “old” is perhaps apt, as the majority of those who formed the committee are now in their 70’s or mid 70’s and have health problems themselves. In general, they do not wish to continue as committee, but like myself are prepared to assist and guide any new members to take this on.

If you are interested in assisting in moving this forward, please contact me, all responses will be treated in the strictest confidence.   This email address is being protected from spambots. You need JavaScript enabled to view it.

Regular updates will be posted here.